A Night At The Opera - Grand Pavilion Matlock Bath

Oliver and I finally did it and New Georgian Opera had its debut on the 3rd May at the Matlock Grand Pavilion. We were so happy to be raising funds and awareness for the Grand Pavilion and the Derbyshire Historic Buildings Trust. The Grand Pavilion is an Edwardian pleasure place which the locals are saving but for the momnet have named "a little bit scruffy" We were honoured to be joined by many county folk as well as locals, opera enthusiasts and many of our friends and family. After oodles of planning,  promoting, organising and learning the music both Oliver and I were  thrilled at what we together with others including our secretary Zuleika Parkin, Andi Brazewell, Lynn Alison, Mike Susko and Lizzy Stoppard had achieved. I think the highlight of the day was 8 strapping men carrying the 6 foot Yamaha Grand piano that I had hired from Swan Music for the evening up three flights of stairs and up onto the stage which stands at my shoulders! Incredible. Obviously the Edwardians didn't think to install a lift! Well I know that the lifts and many other 'little things' are definitely on the to do list. 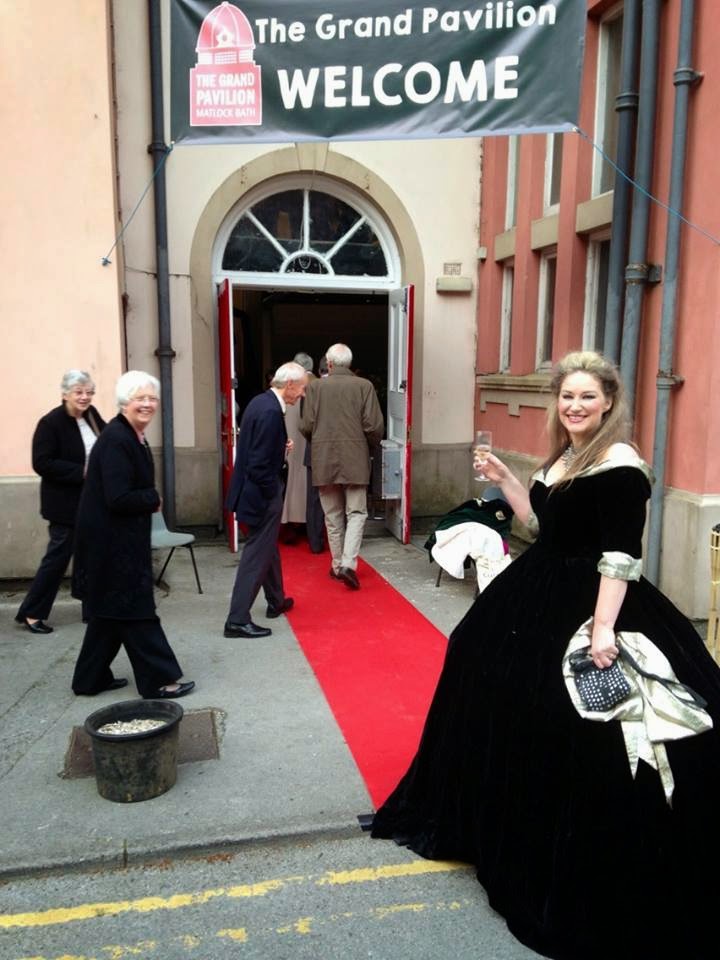 The night before this concert I had a wonderful recital at the Watts Gallery with the accompanist Tessa Marchington. So as soon as the recital finished in Surrey  at 10:30 both myself and Shira got into the car and drove to Derbyshire. I reached at 1:30 AM - so made really good time, although I think I was snapped by a speed camera on the M1 as the speed dropped to 50 from national seed limit and I was a little over but i'm hoping I just imagined the flash. Anyhow i'll find out in a few weeks when or if I receive 'one of those letters' in the post.

The next morning Shira and I were up and about, all be it quite tired on all accounts. So breakfast was followed my a 15 minute steam. I tend to steam not only when I have a cold but also when I have late nights, hours of  travel and back to back concerts - its important to keep hydrated. The quickest way of moistening the vocal cords is by steam inhalations but caution must be taken to make sure that the water is not too hot - I have on occasion burnt my throat from really hot steam!

We all met up for rehearsal at 2pm in the Pavilion including Shira who was either stretched out on one of the chairs or trotting around the stage listening to all these phenomenal sounds. Kelvin Lim NGO Music Director at the piano, John Pierce - Tenor, Oliver Gerrish - Counter Tenor and myself.

After rehearsal we drove back to Olivers's where Henry Conway had pots of tea waiting for the boys. I however was rushed off to the main bathroom where Zuleika Parkin did wonders to my hair. One hour later I was transformed into a Diva ready to take the stage. This is quite apt as my first piece was Casta Diva.

The last hour before leaving fro the concert was pretty manic. I think I could say one of the most manic in the history of all the concerts I've ever done. There was Kelvin taping up his music, me running around trying to find extra copies of music for everyone, packing my bag with shoes, make-up and the dress to be worn after the concert as well as getting Shira fed and pooped so that her next 3 hours in her crate would be comfortable. Shira was a dear during the concert despite a little wee in her crate. After she slept for almost 3 hours in my Barbour bag (now designated as Shira's) underneath my table at the Matlock Balti where we all went for dinner and celebrations.

On arriving at the pavilion half an hour before the start we all quickly realised that it was already filling up pretty quickly. According to my guests the organisers were having to put out more rows of seating due to the huge amount of public who were buying tickets at the door. Lizzy and Mike were already place outside the Pavilion to greet the guests dressed in full Georgian regalia, donned by two buckets of torches, red carpet and armed with a glass of bubbly. 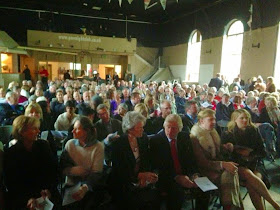 And then we were all off performing all the famous Opera aria jewels and well known songs.